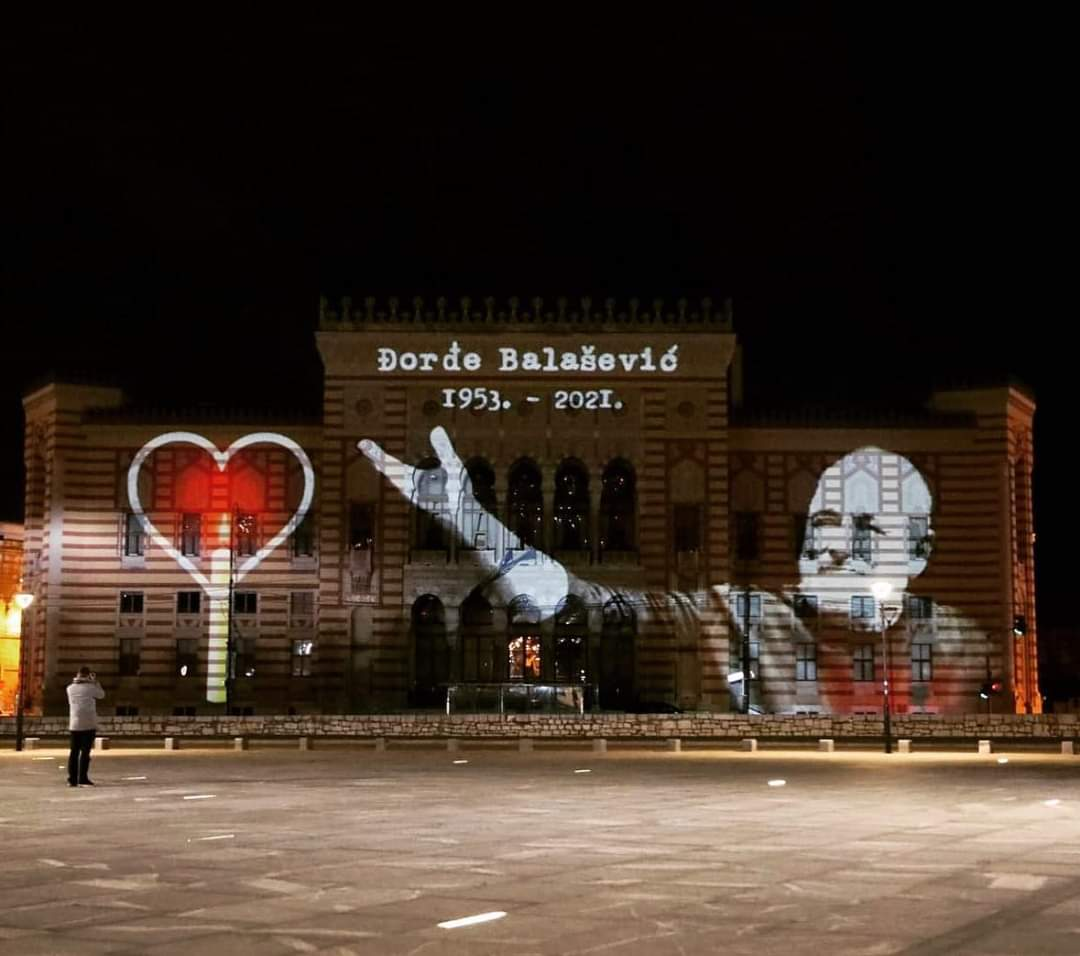 Two weeks ago, it was confirmed that musician and anti-war activist  Đorđe Balašević died from the Coronavirus. In general, Balašević was known and popular across former Yugoslavia. He was born and grew up in Vojvodina, the northern part of Serbia, which together with Kosovo used to be one of Yugoslavia’s autonomous republics.

Balašević was famous during the 1990s for his anti-war and anti-Milošević regime behaviours. Even before the war started in 1991, his song “May there never be war” (Samo da rata ne bude) was recorded in 1987. The song was connected to contemporary developments in the Socialist Republic of Serbia and social unrest in the Autonomous Province of  Kosovo, in which “the Milošević myth” as a “protector of Serbs” was created. Also, the song was played before the war in 1990 and 1991 as via the Yutel  channel.

In 1984, a TV-show called “Vojnici” (Soldiers) was made about a unit in the Yugoslav People’s Army (YPA). Balašević made the music for the show and also participated in a shorter role of a soldier.  Seven years later, the YPA basically became a “Serb army” and operated during the war and aggression against Croatia in 1991.

Balašević, who served in the YPA and saw it as a civic duty as many others from Vojvodina province, made a famous statement in 1992 when he said  “fuck the YPA” as a name of his novel. During 1991 and 1992, he made several concerts in Serbia with anti-war, anti-regime and anti-nationalism messages by promoting peace, unity among ex-Yugoslav peoples and countries, and democracy.

After the 1990s and all “Yugoslav wars”, Balašević continued his musical and activist work. During the end of the 1990s, as in 1998, he made concerts in Bosnia and Croatia. He became known as one of Serbia’s first artists who made a Sarajevo concert under siege by Bosnian Serb and Yugoslav military units during 1992-95.

Balašević’s death has been manifested and discussed during the last weeks as via Twitter. When searching on Balašević, one can find many tributes and support for him, his music and activism. This includes everything from candles and meetings in Novi Sad, where Balašević was born, to singing on squares as in Split.

At the same time, there has also been very negative and mostly ignorant criticism of Balašević. The most ignorant comments and reactions were made by more nationalist and even fascist Serbs seeing Balašević as a traitor. Less ignorant but more controversial comments were made by individual Kosovo Albanians, as a former minister of foreign affairs Petrit Selimi, seeing Balašević as a former Milošević supporter.

Balašević indeed made mistakes by believing that Milošević was a good guy who will “save Yugoslavia”. But at least, Balašević realised in time that that was not the case, while millions of others never did.

Thanks for reading, you can support and reward my writing via: